Despite Zhu Yuanzhang's foreknowledge of his illness, for reasons known only to himself he told no one but Han Lin'er. So when he dies in October of 1359, leaving behind only an infant son born to a minor consort,[1] his realm is thrown into chaos.

The moment he hears the news, Xu Shouhui, the founder of the Red Turbans and self-styled Emperor of Tianwan, publishes an edict praising Yuanzhang as "the most loyal and most capable of all my generals and governors" and pledging to "appoint a worthy successor to his legacy." The edict never even hints that the Ming faction had left the Red Turban fold: Shouhui refers to it exclusively as an administrative district of the Tianwan Empire. His pretensions outrage the other rebel leaders.

"The independence of Yuanzhang's realm," Lin'er writes to Shouhui, "is not even a question. It is a fact. You have as much control over or claim to it as does the Zhizheng Emperor, and any suggestion to the contrary is ridiculous." The leaders of Zhou, Dahan, and He Zhen enthusiastically agree to endorse the letter. Besides Lin'er, none of them have any personal interest in the fate of the Ming. But if it united with Tianwan, the resulting empire would be more powerful than all their realms combined. Shouhui responds in November by negotiating peace with the Yuan and moving his armies to the Song and Dahan borders. At the same time, the Little Merchant of Zhou makes peace as well, doubling his territory without having fought a single battle.

Intrigue in Nanjing, however, radically alters the relationships between the factions. Yuanzhang's widow sees Tianwan's diplomatic isolation as her chance to make her bid for power. She claims to have proof that Consort Li, the mother of Yuanzhang's only son, carried on affairs with "innumerable" men. Branding the boy "Child of Ten Thousand Fathers," the dowager declares herself the head of a new dynasty. But Consort Li manages to rally the support of Yuanzhang's brothers by comparing the woman to the infamous Empress Wu Zetian,[2] and they succeed in ousting her. Yuanzhang's widow is beheaded the following morning.

Further seeking to get out from under Tianwan's thumb, Consort Li proclaims her son the inaugural ruler of the Ming Kingdom, making herself queen mother and the boy's regent. Xu Shouhui, undeterred, responds with venom. "What Nanjing needs," he says, "is a true emperor. Not a third-rank courtesan and her fatherless child." Queen Li wastes no time in issuing her retort: two days after his proclamation, Shouhui is assassinated on the steps of his palace. Li installs one of Yuanzhang's brothers on the Tianwan throne, reconstituting it as another kingdom under the House of Zhu.

Lin'er, disgusted with his "allies," washes his hands of the matter. He sends a brief message to Wangdue Sengge, vesting full diplomatic authority in the monk, and heads north. By November, he's the only king still at war with the Zhizheng Emperor. The Yuan armies are weak and scattered, but they still exist. Lin'er vows not to stop until every last Yuan brigade is destroyed. 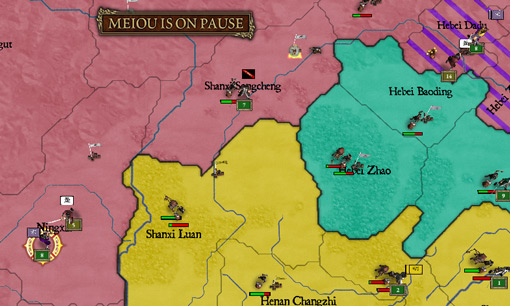 Lin'er moves to Dadu and links up with his forces there, battling the Yuan to retain the city. He then takes a small detachment of the White Lotus Army and chases his enemy deep into the steppes. The White Lotus spend the next two years in Mongolia. After the few initial battles, fighting is sporadic and rare. They live off the land, wandering the country with no real aim or destination. Mongol herders avoid them at first. They're all women, children, or elderly; the Yuan wasted an entire generation of men in battle. After a while, the nomads disappear entirely, as if they know where the army will be from hundreds of li away. Lin'er means them no harm, but they must have heard stories. He tries not to blame himself. 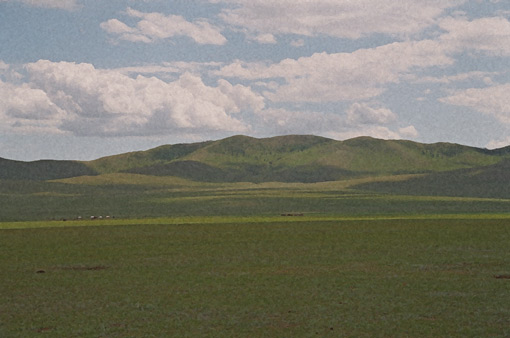 Lin'er finds the journey takes on almost holy undertones. After four, five years of warfare, intrigue, death, there's a certain appeal to just wandering. It refreshes the spirit. He does miss Hangzhou. And he misses his wife. He's never met his son. He tells his men they're free to return home whenever they'd like. Almost everyone declines. 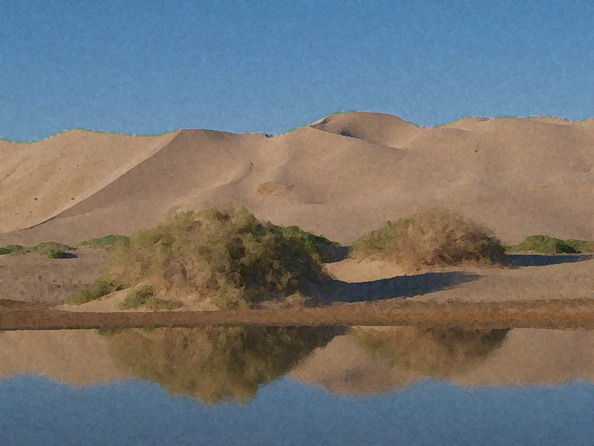 They make their way to the far western edges of Yuan territory, then down toward the border with Tibet. Much of the countryside has risen in rebellion, though they have no one to fight against. Han people predominate in the region but practice the purer Buddhism of the Tibetans: untainted, in Lin'er's mind, by the corruption of Confucian thought or the superstitions of folk belief.

The western languages sound like nothing he's ever heard, but the local bureaucrats speak the eastern dialects adequately. They tell him of their hopes to form a pure Buddhist kingdom, run by Chinese, something that hasn't existed for almost eight hundred years. They would call it Xia. Lin'er pledges to win them their realm. They hold a great feast in his honor.

The next morning the Xia men lead Lin'er and his men to Geladandong Peak. The source of the mighty Yangtze, the river that feeds half of China. Here, they call it the Tongtian: "Passing Through Heaven."

"Look, I can't do anything about it. He Zhen is Song's vassal, not her slave. Tell him that if he wants those worthless islands, he can go to war over them. We won't intervene."

"Your Eminence, forgive my ignorance, but I don't understand the wisdom in that. If the other kingdoms see we won't even defend our own vassal..."

Wangdue Sengge puts down his writing brush and turns to face the young bureaucrat. "Gao Wangwei wants us to demand He Zhen leave Hong Kong and Macau, islands the Yue do have legitimate claims on. Rather than rebuke him, we state our neutrality and let him think the decision is his. But his kingdom is only months old now, and we're the only ones who will have anything to do with him. So he'll be smart enough not to press the issue. Thus, He Zhen keeps the islands and the Yue think even more highly of us than before. A victory on two fronts."

"I'm sorry to have doubted your brilliance, I ju—"

"Please. Spare me the flattery. I'm happy to explain the art of diplomacy to curious subordinates. All I expect is that you learn."

"Of course. Thank you, your Eminence." The young man bows low and leaves Wangdue's office.

Wangdue sighs. The veiled language and half-truths have infiltrated his daily speech. "'The only ones,' indeed," he mutters to himself. The Dahan Emperor was found strangled to death last summer, presumably by one of his courtesans. Consort Li—Wangdue wouldn't deign to call that woman a queen—managed to put another of Yuanzhang's brothers on the Dahan throne. And a third brother now leads a rebel band just to the north of He Zhen. The woman also managed something none of the others could: an alliance with that slimy merchant in Zhou.

Zhu Yuanzhang's disease led to Consort Li, and after that, she killed two emperors in two years. From four rebel leaders down to one. Jibi Zhenghu's army secures strategically useful but economically worthless territory in the south. Lin'er does Heaven knows what up north. The House of Zhu now holds every advantage. Their alliances with Song remain in force, but it's only a matter of time until they throw their weight around.

The other courtiers and bureaucrats are more optimistic. They can't imagine a war between the new Chinese kingdoms for at least a few years. Wangdue doesn't see war coming in years either. He knows it will only be months.

Han Lin'er and the White Lotus Army return to the Song capital in November of 1361. They proceed up the main street to the courthouse, still serving as the kingdom's center of government. Crowds form and follow them, gawking and murmuring, unsure whether they should cheer for victory or bemoan an impending invasion. Lin'er turns to the throng of people. He hadn't wanted to make a spectacle, hadn't wanted any praise, but... these are his people. And it is his duty to lead them. No one else can.

"My people..." He clears his throat and musters the deepest voice he can find. "People of the Song Kingdom!" Smiles spread throughout the mass, faces turn to look at their neighbors, study their new countrymen. "The war is over, and the armies of the Great Yuan Empire are no more!" At that, the crowd explodes.